Here is a canvas I decorated at the weekend....just required some erm structural integrity work before it was finished!!

It started off as an experiment about texture, with some ideas I'd seen and the new texture mediums I'd got.

I then decided to add the word boom in the foreground, for some bizarre reason I decided to make it from paper.....in hindsight not the best idea but I didn't really think it would work out but in the end it did work. So I drew the letters and then sprayed dylusions and used a paint marker round the edge of each letter. I cut it out and mod podge it all. Then I used two springs and used silicon glue to attach it to the canvas, but because it was paper it was all floppy so I had to add in some additional stilts; and a little remedial work with some gel medium to sort of strengthen it a little. Then I decided that was about as good as I was going to get it and so there you go......BOOM!! 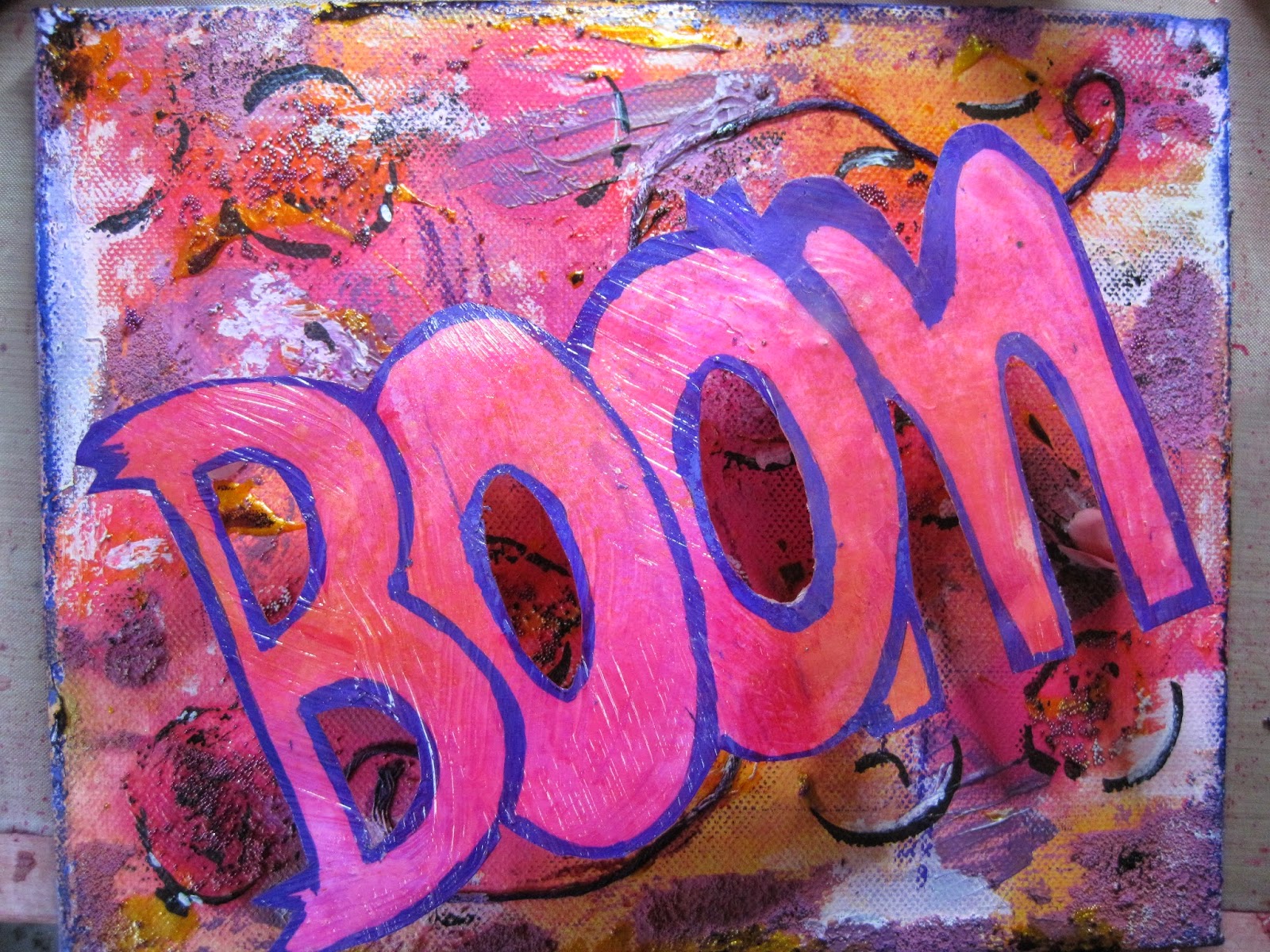 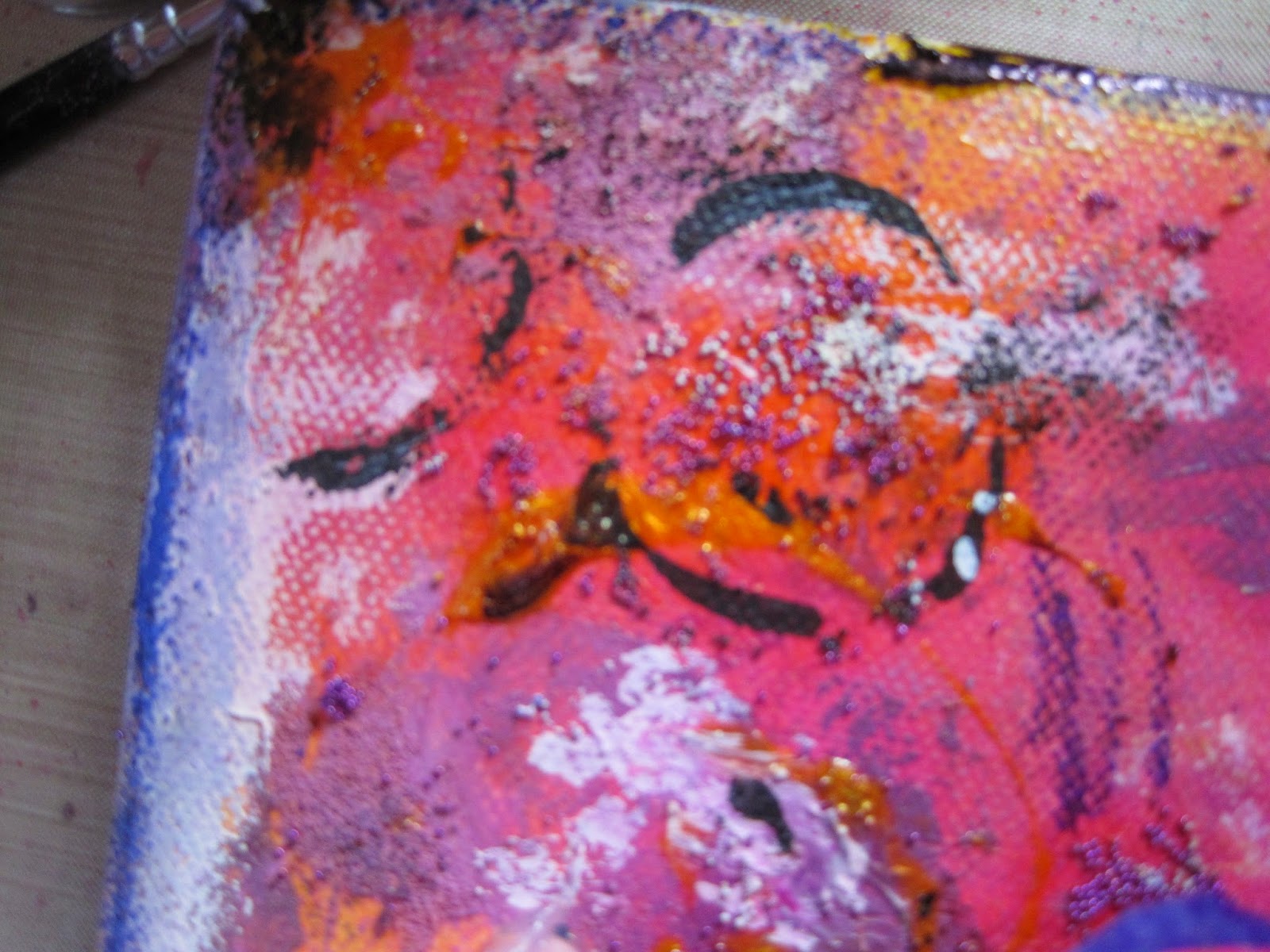 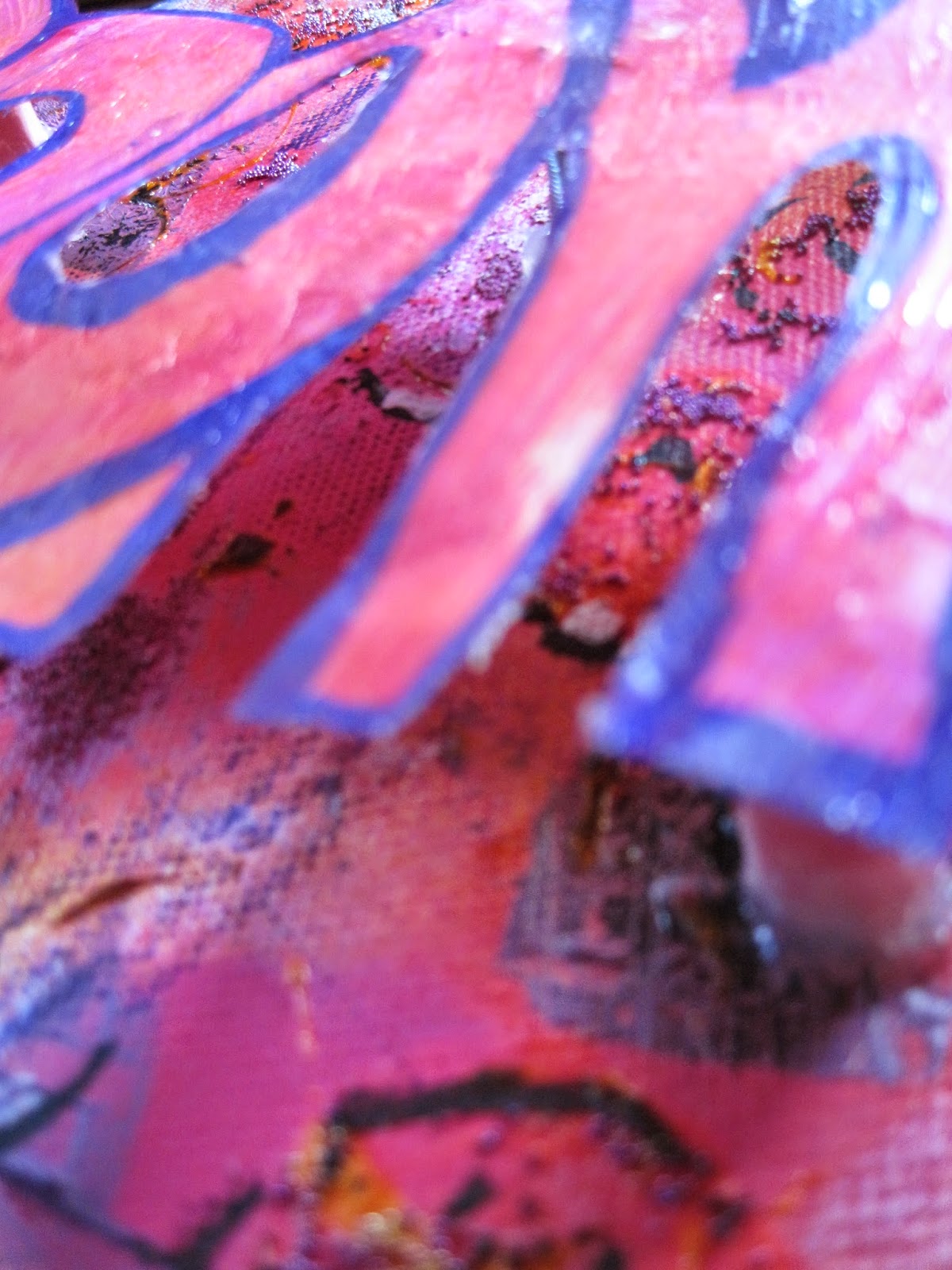 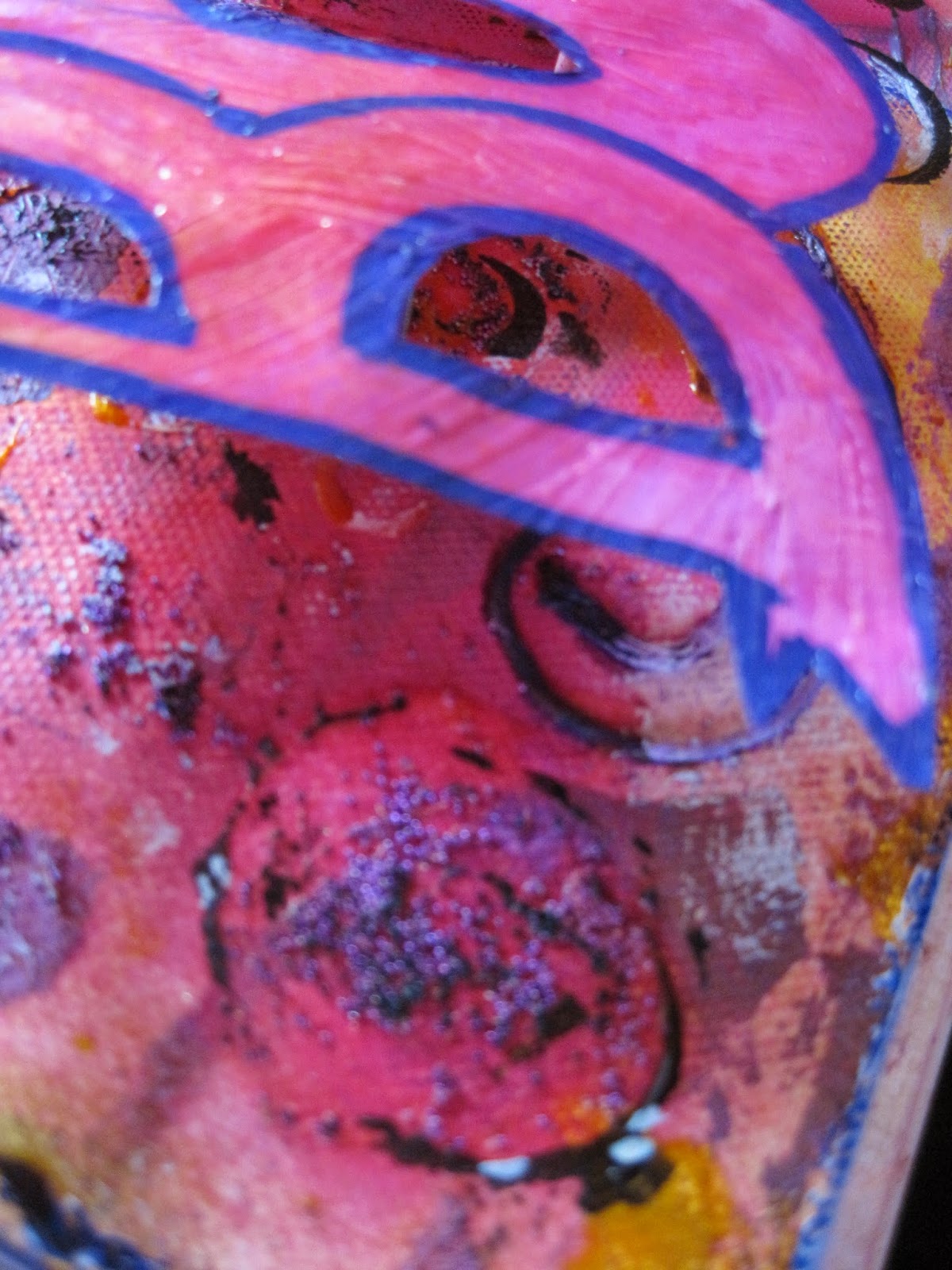