This weeks words are logic or imagination.....for the Craft Barn challenge.

I chose logic and a quote from a poem called A Recipe for Civilization by Thomas Hood.

It's a bit strange, but strange is generally my cup of tea. 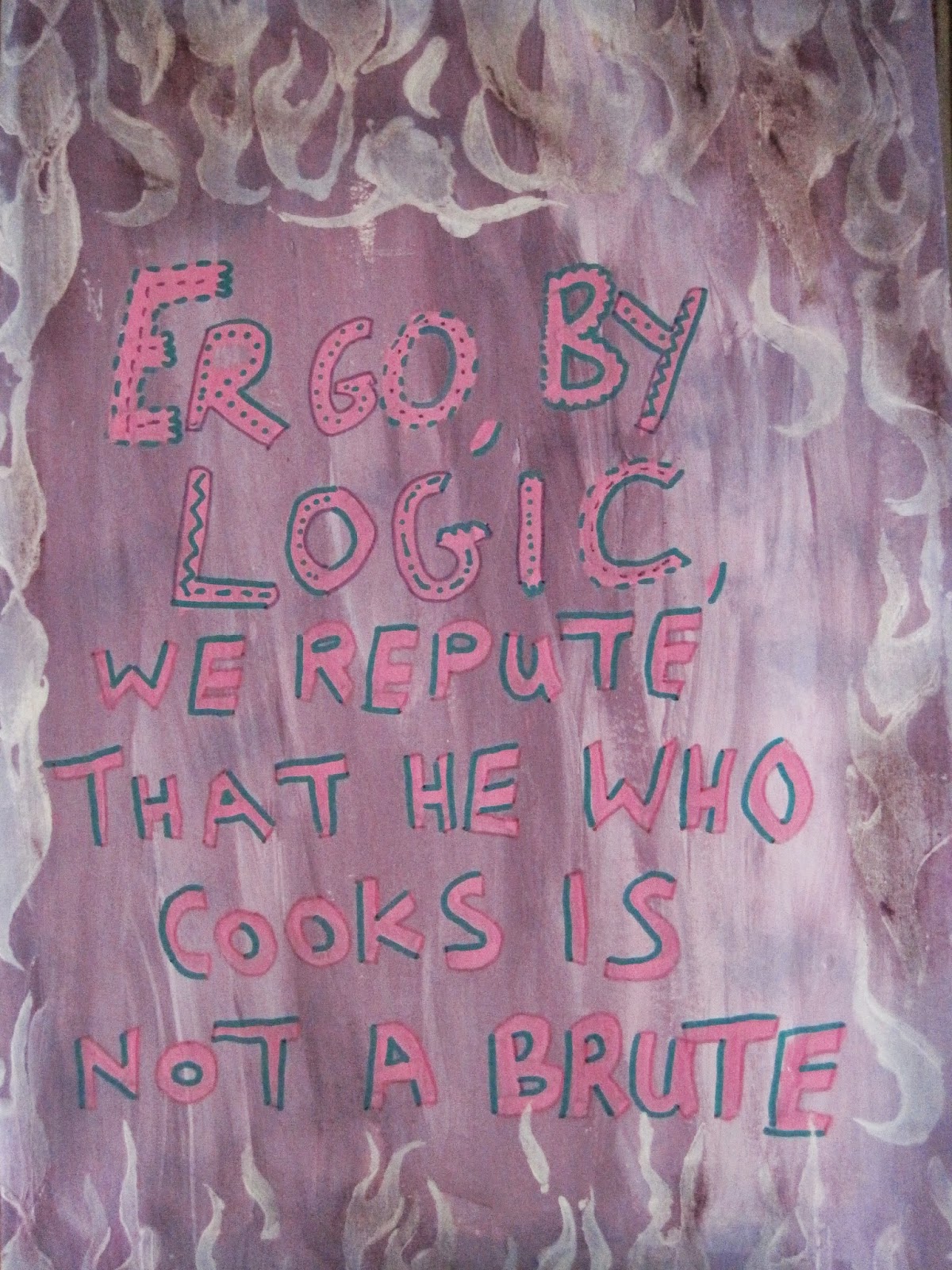 The background is some fresco paints plus I then used some white fresco paint through a flame stencil and there is also some purple gilding wax but you can't see it on the picture. Then the trusty posca pens and wink of stella came back out to draw the letters......think it'll take my a while to get fed up of these pens hehe!!
Posted by Vicky at 18:32