Helloooo! Well one challenge ends and another begins.....the new Craft Barn challenge has been announced....this time it's all about quotes and song lyrics featuring certain words.

This time the words were smile or up.

Well I thought for a while what to do......I don't really use quotes that often and there are so many songs I felt like I could be there for a year choosing something as nothing came to mind to inspire me. So instead I've decided to go down the route of taking quotes from poems and limericks - well at least that's what I've done this time I guess it will depend on what the words are each time, but I rather like nonsense verse so I may continue with that theme. I also decided to create pages in my art journal (this is just a random art book that I create pages of various things like my chemical elements pages so this won't be a completely separate project just forming part of the whole book instead). I have to say it was good to be able to work on a large flat surface rather than trying to hold open the little dictionary to work on.

Here is the finished piece.

Just in case you can't read it the quote is "A poor little monkey one morning; complained that the weather was hot; so he ran up a tree in a terrible rage; and tied his long tail in a knot" which is from Nursery Nonsense or Rhymes without Reason by D'Arcy W Thompson 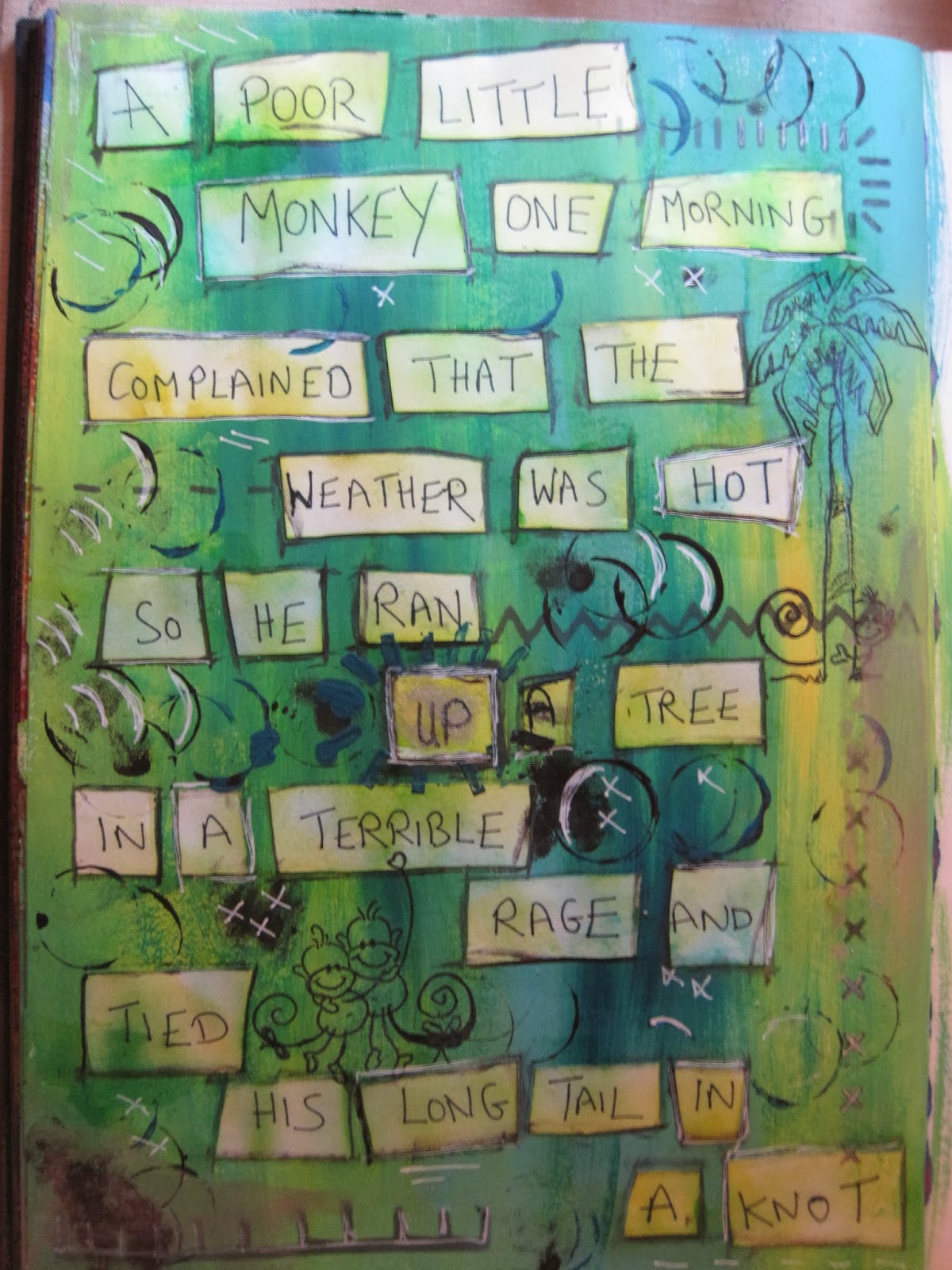 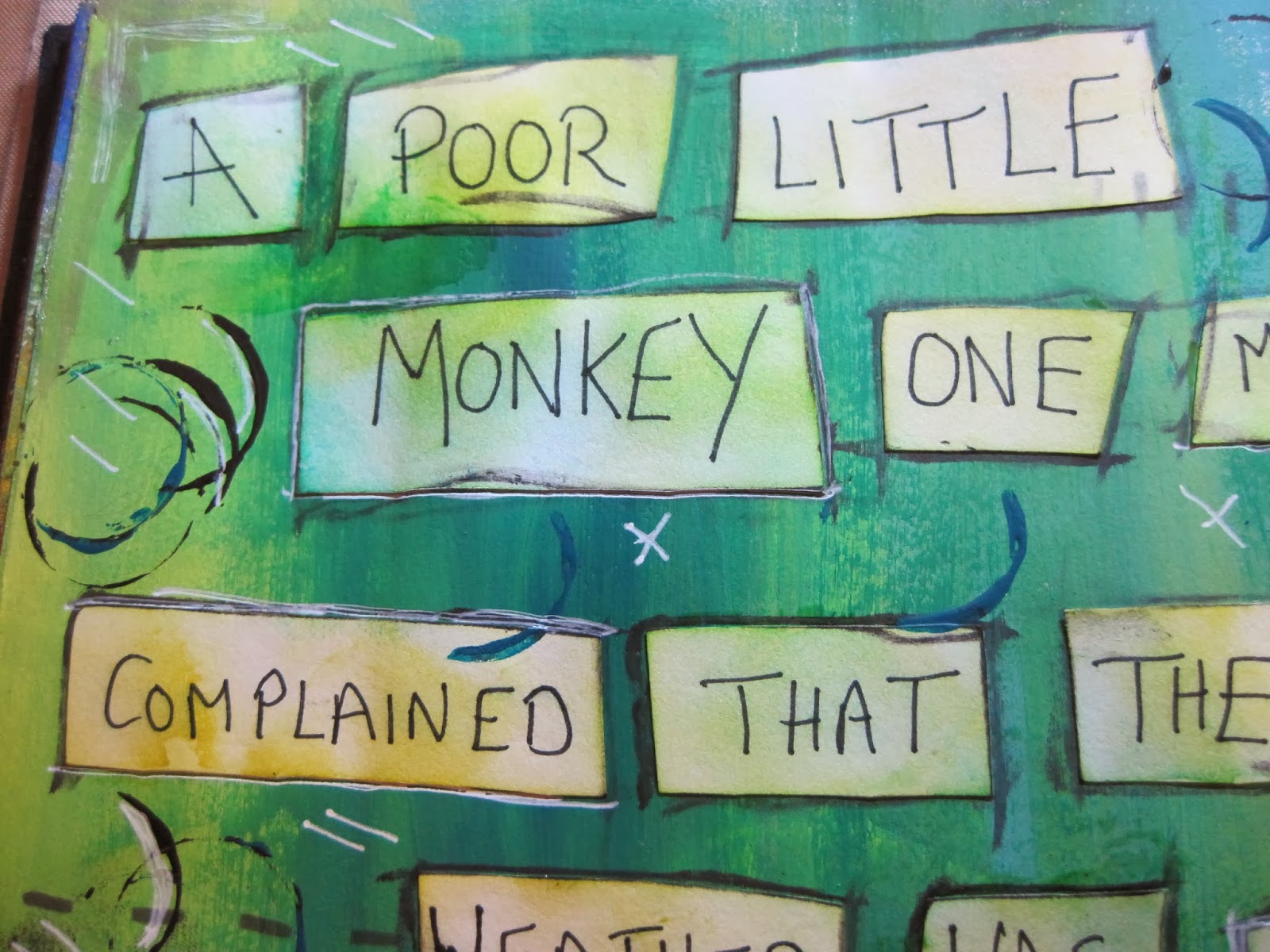 Here's how I made it - I started off using Paper Artsy fresco paints - can't remember the actual colour names but a lime, yellow, bluey selection. On a separate piece of paper I wrote out the poem and cut it out one word at a time and mod podged it down on to the page, I then used some foam to apply some distress inks to the words to match the paint, then I used a craft nib to colour black soot distress ink round the edge of each word. I stamped on a couple of changito monkey stamps from Stampendous, I used a stitches stencil with some distress ink as well. Then I used some lids to stamp black gesso and blue paint, a little silver distress stain here and there and then some white gel pen to brighten it up a bit.
Posted by Vicky at 19:28