This year Lee wanted a Bus Pirate for his birthday......what's a Bus Pirate you say?! Well don't ask because I don't know either.....:) Anyhoo based on this theme I decided to make Pirate Bus for the cake and here is the result. 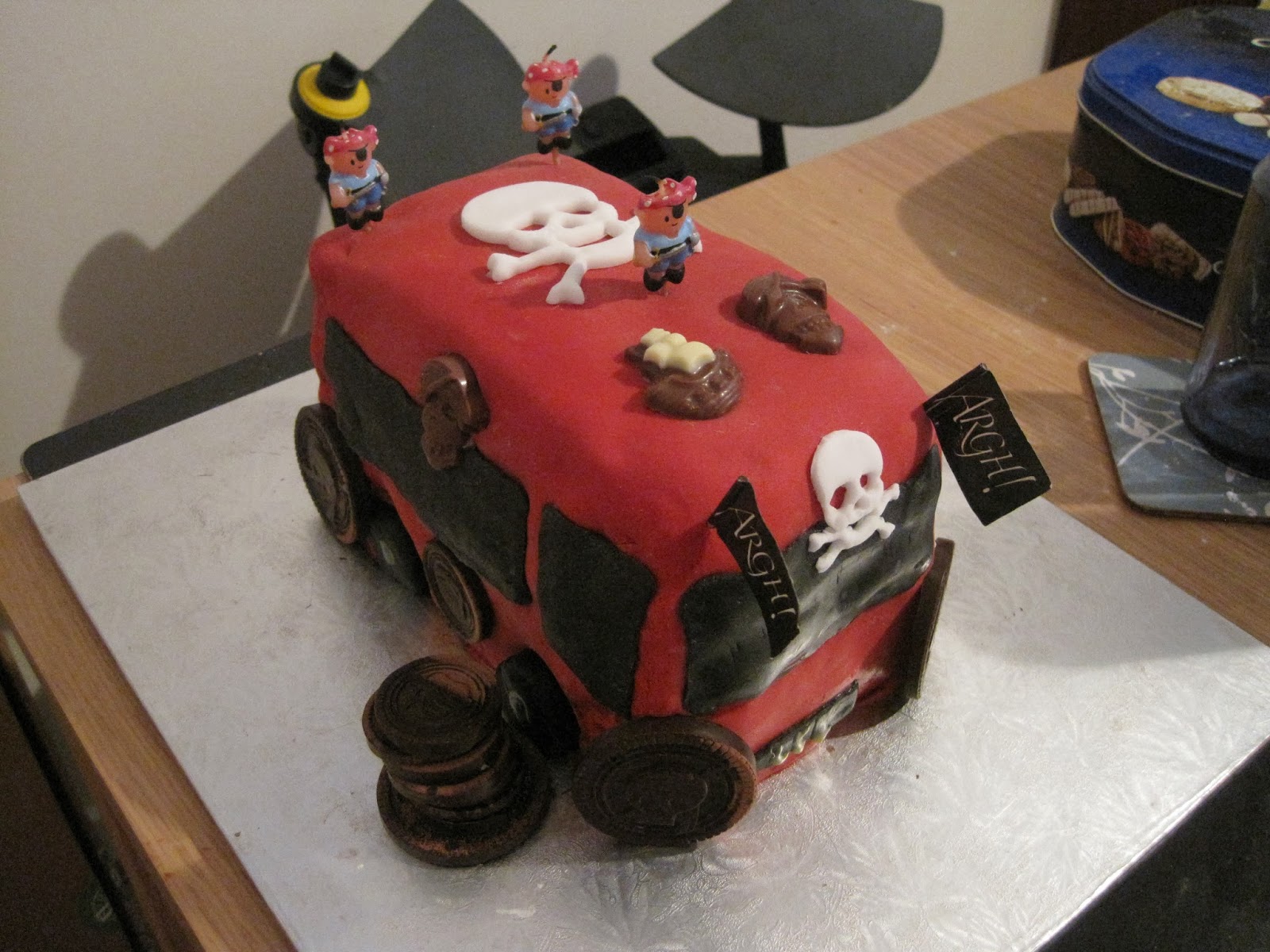 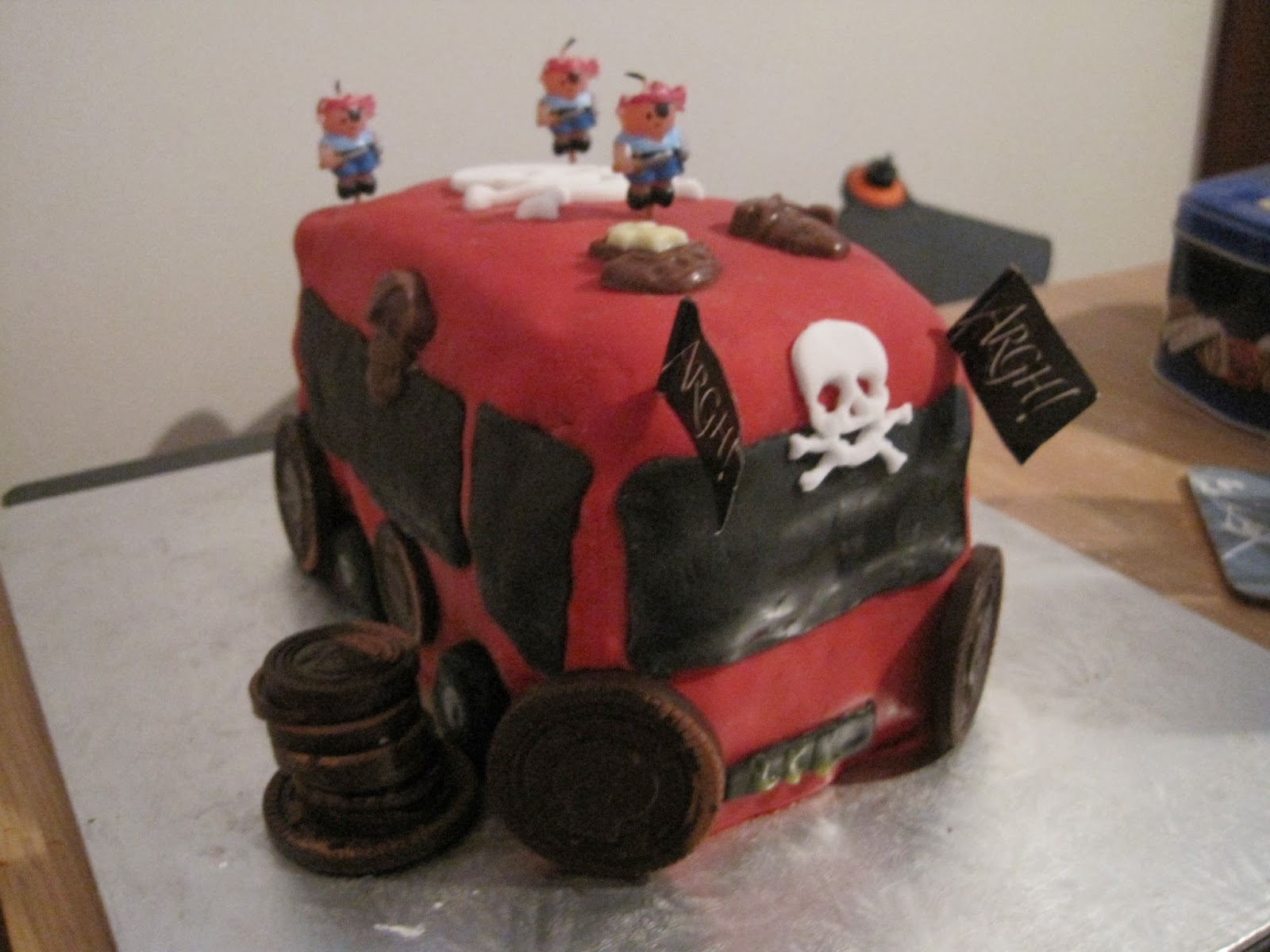 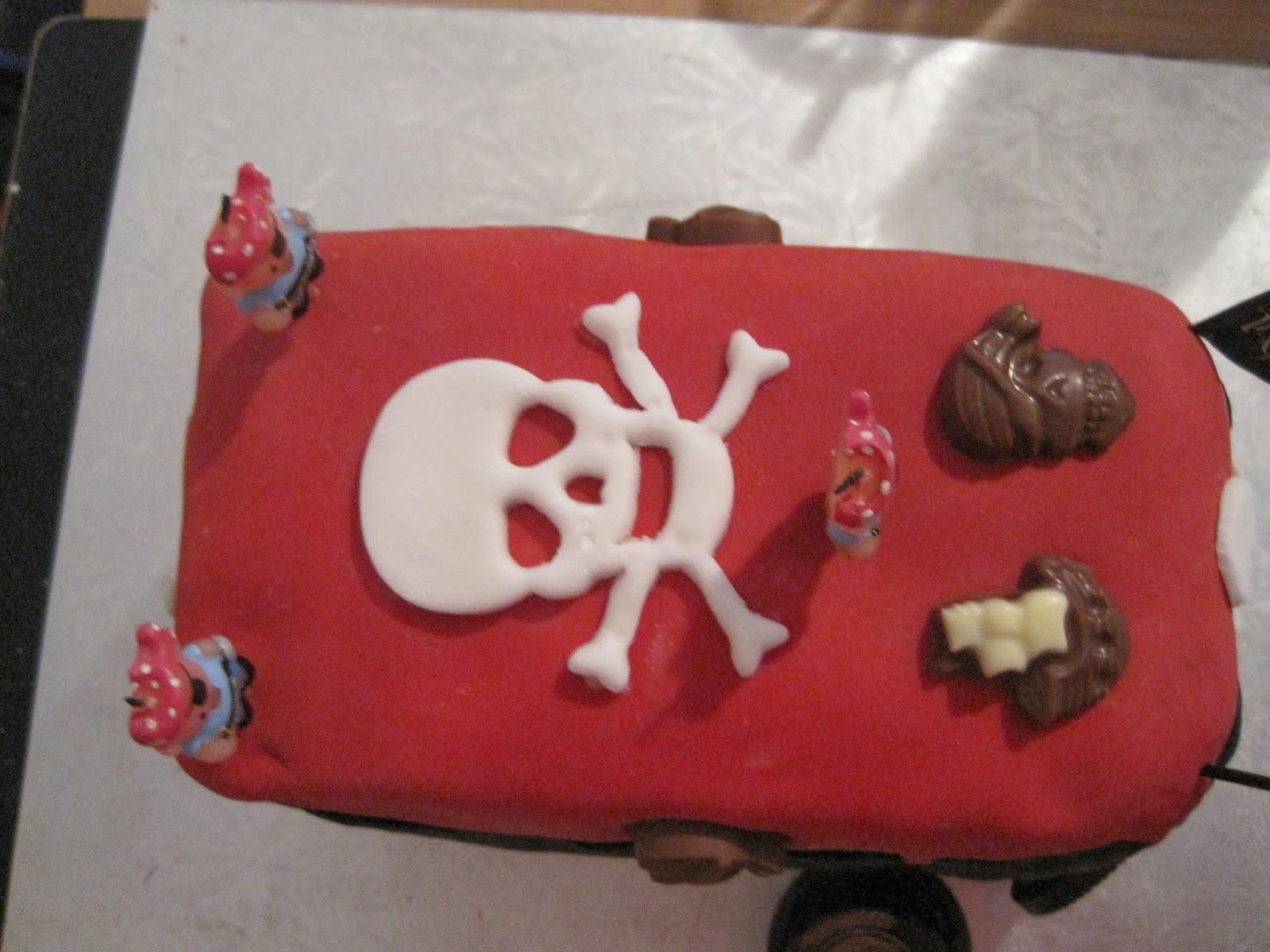 Then I covered it with the red icing which I was pleased to get done I was expecting to get in a massive mess....the corners are a bit messy but it mostly worked OK. I'd already cut out a little space for the wheels to go as well -so I added some icing wheels and windows and I used a cutter for the skull and crossbones. I made some chocolate coins although they set a bit weird but I'm sure they'll taste fine, and then the other little chocolates I bought already made.Finally I had candles and flags from the pirate party we had a few years ago. Hope it tastes yummy!
Posted by Vicky at 11:03