Now there were about 6 words beginning with X, one of them being the letter X itself so not much choice so in the end I went with Xylophone. There was already a some ink on the page from Y on the next page so I also added some blue paint. I cut out rectangles and glued them down and then made a beater from a pipe cleaner and some card. I stamped a few music notes as well. 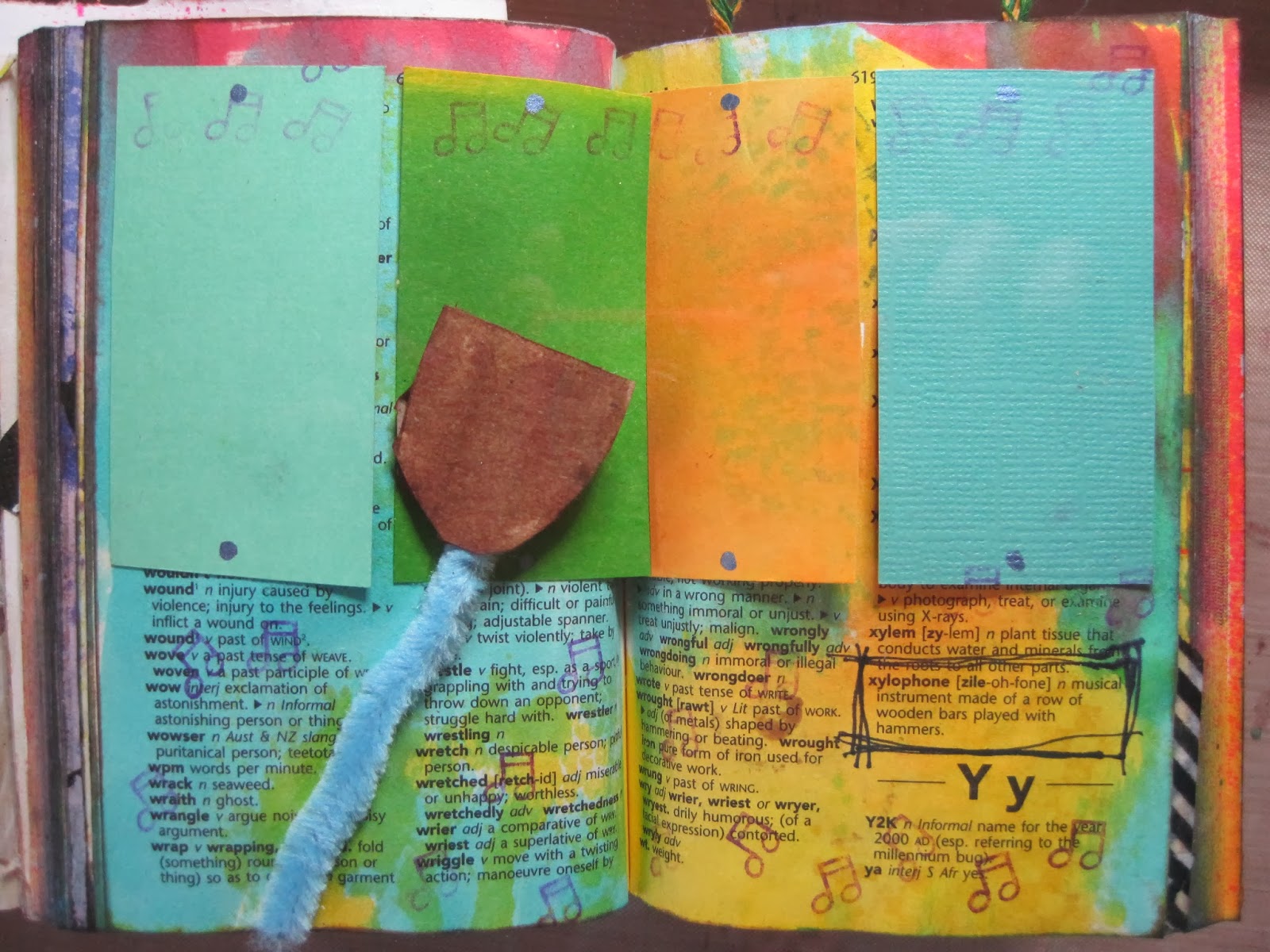 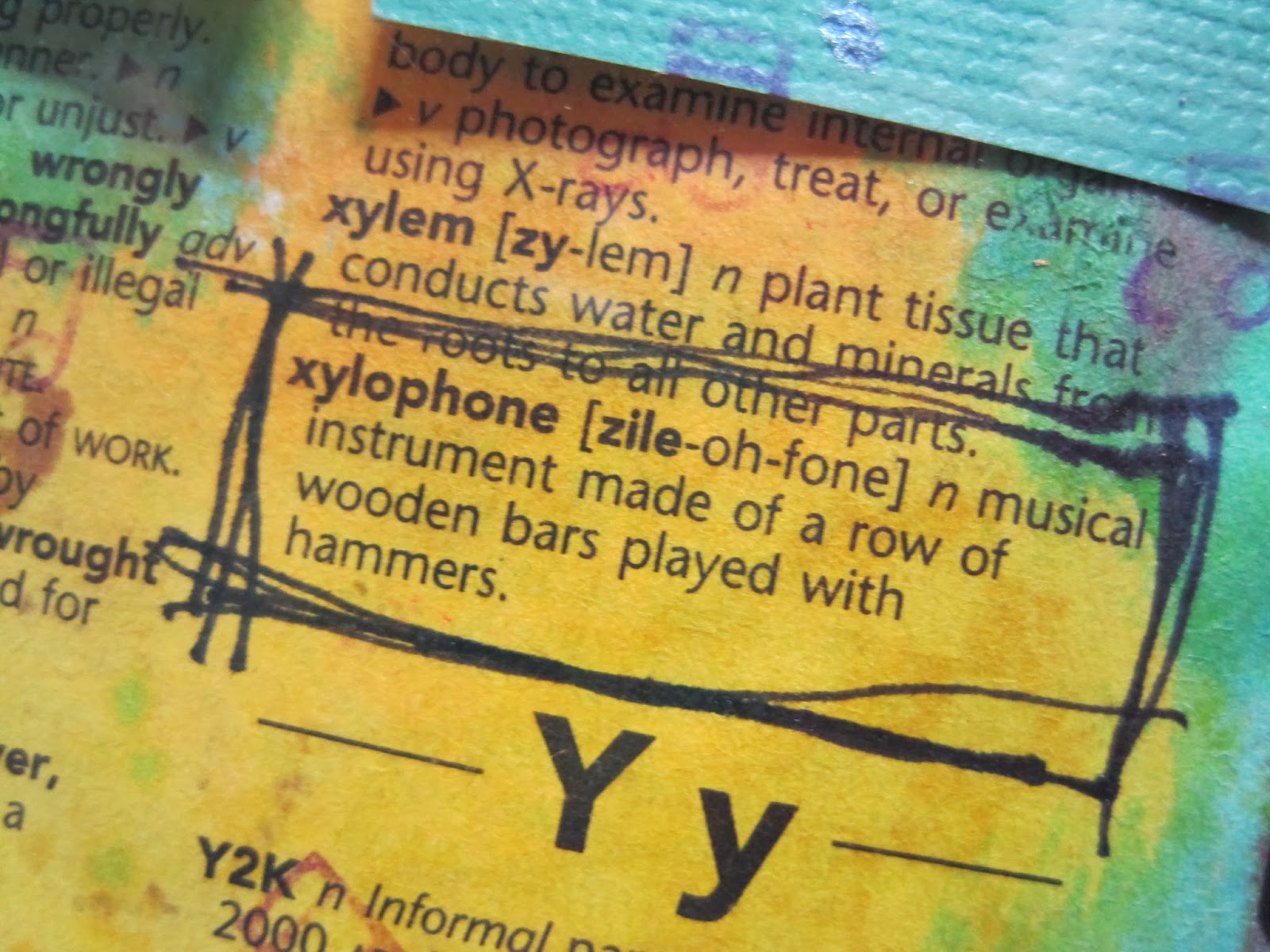 Then for I, I chose a word I found reading the dictionary and that is Ichthyology the scientific study of fish - picture has a little too much reflection in it but the background is distress stain in blue and some silver round the edge and then I stamped some fish on some paper I had already inked and then cut them out and stuck them down and drew on some lines and measurements etc. 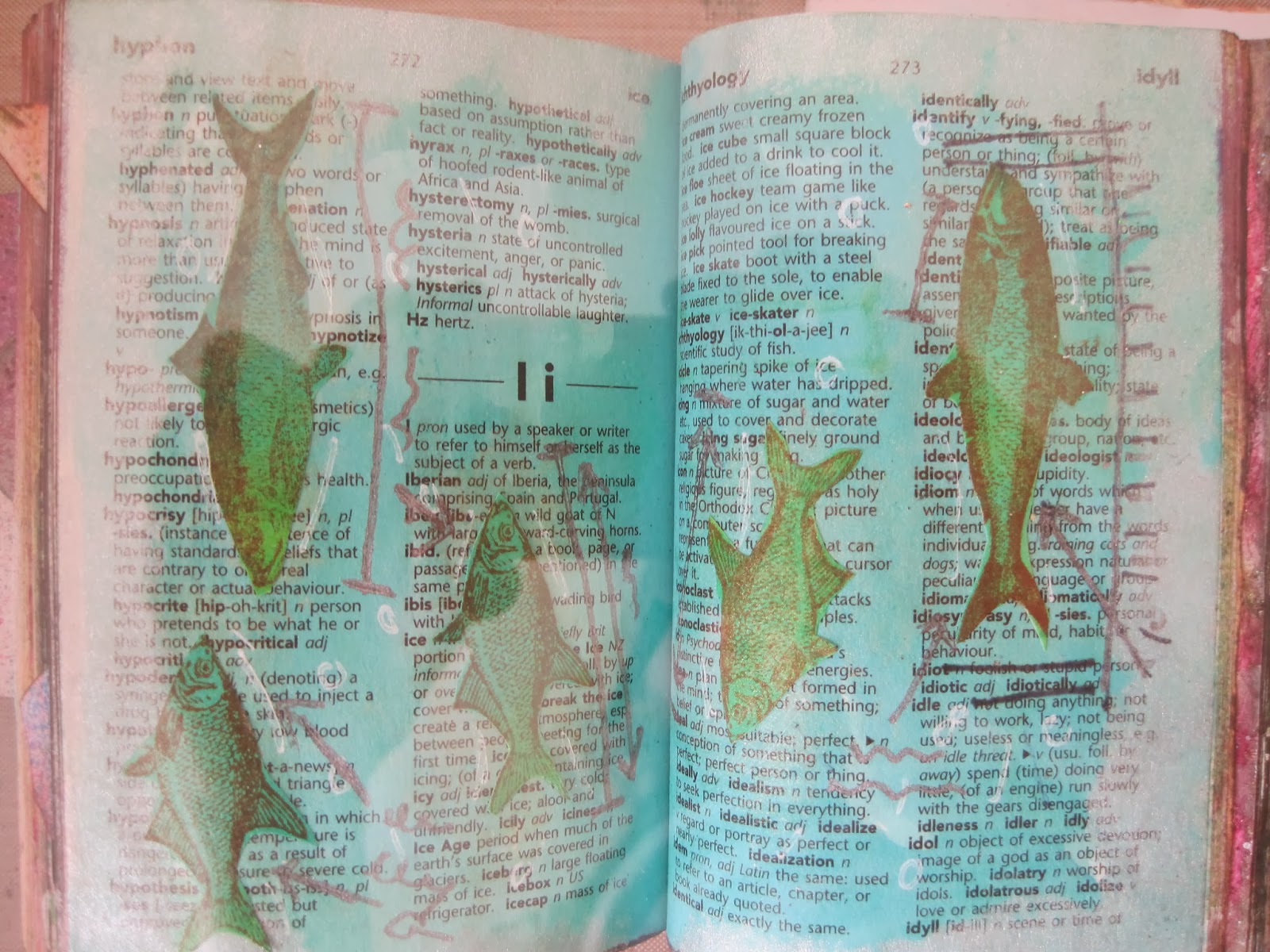 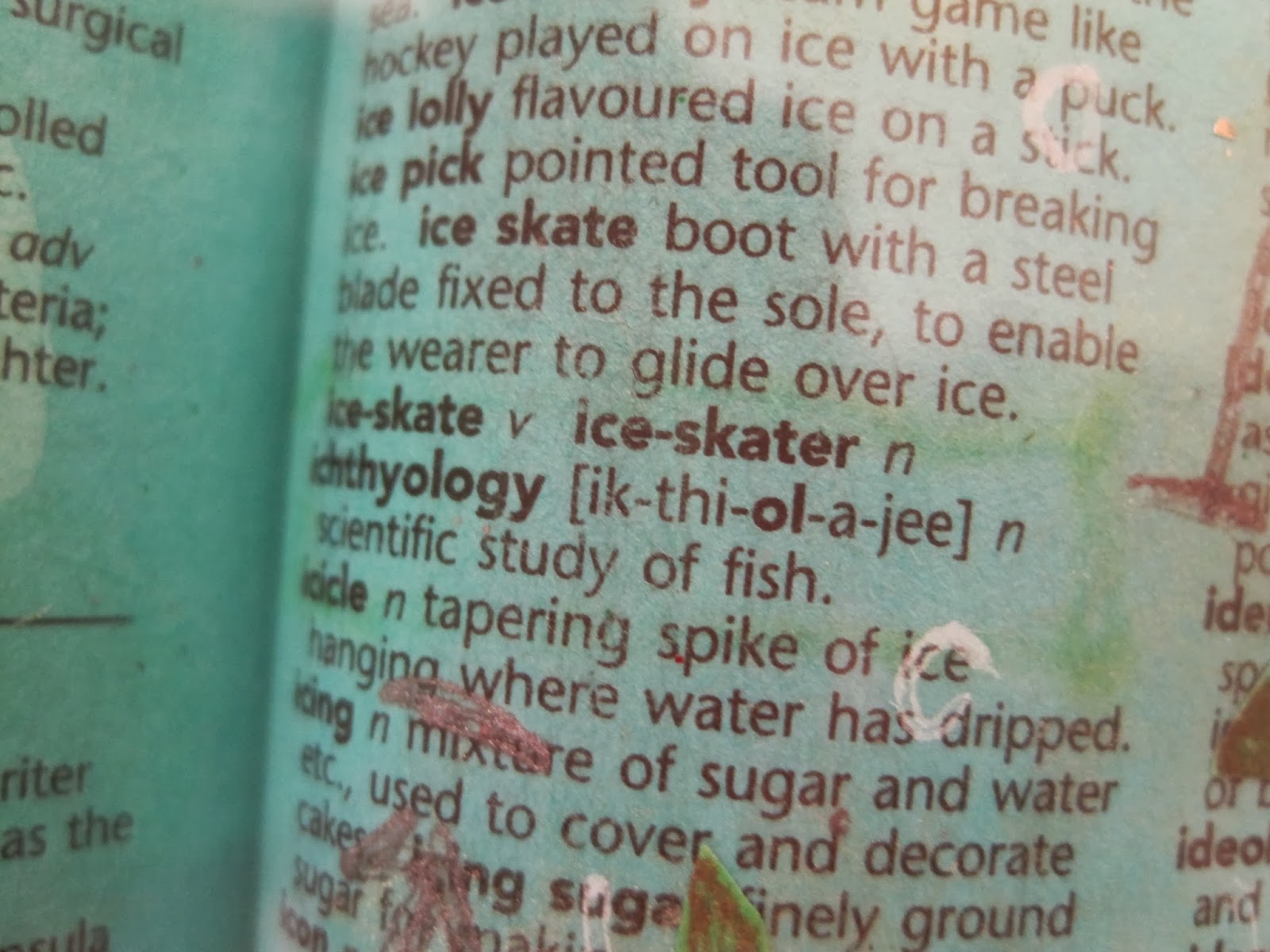 Finally I finished off the front cover by painting it with gesso, then I made use of a few things I had for Christmas one was the cricut mini so I cut out some letters for A2Z and inked over them and I used some gilding wax around the edge, also some distress stain and then I painted the whole thing with gold shimmer mod podge and sprinkled on some glitter before it dried. 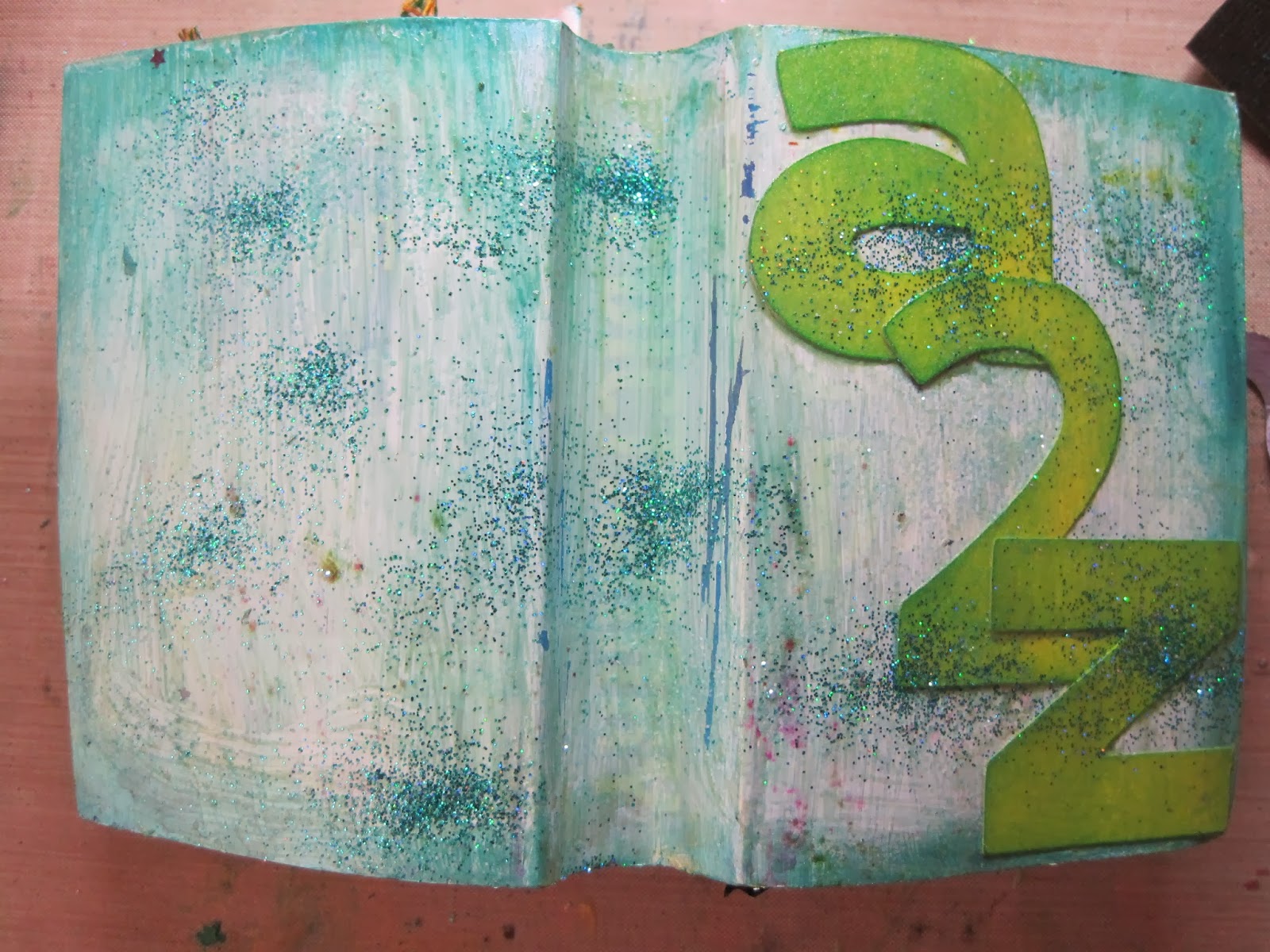 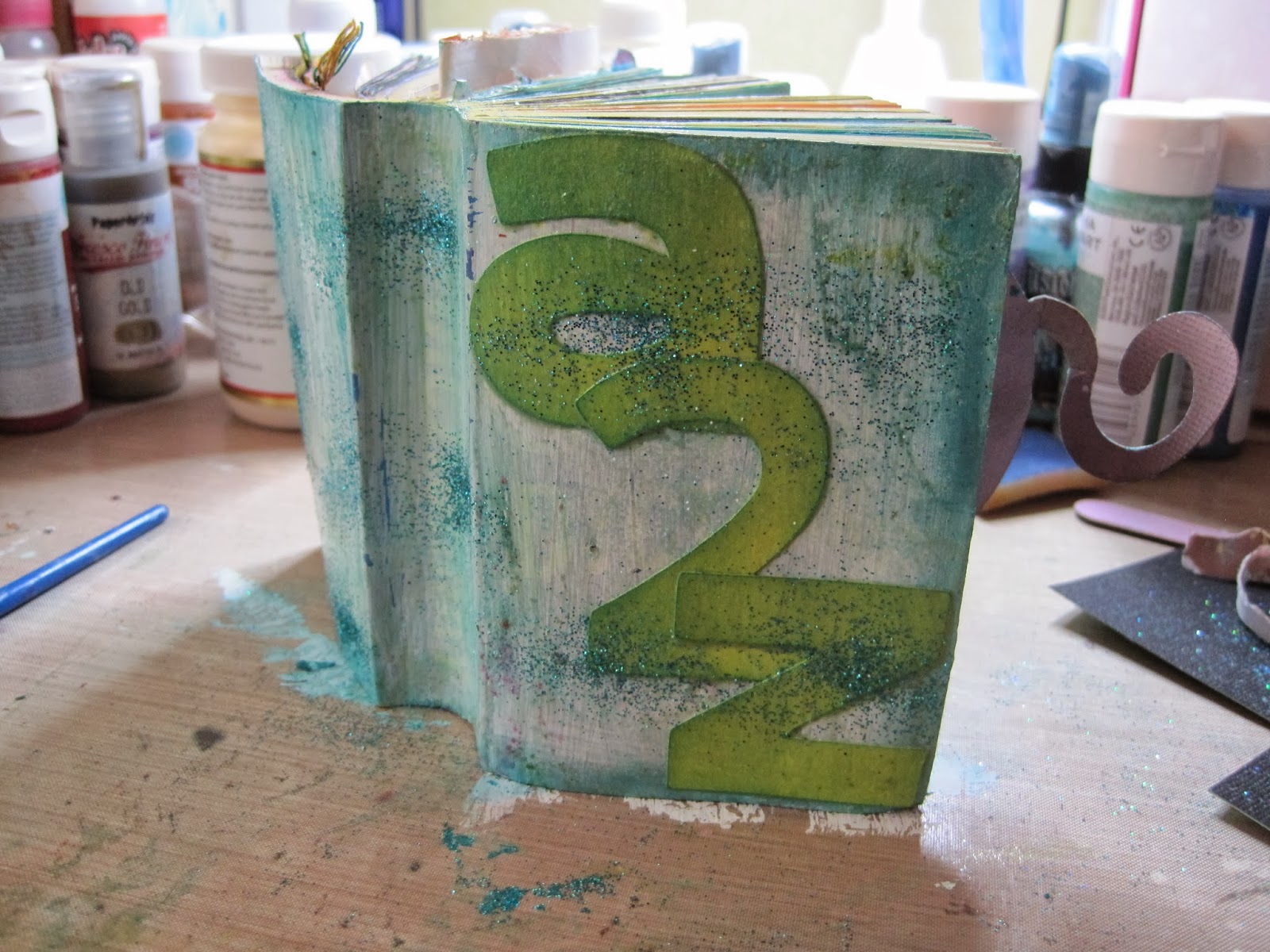