I had a play with the melt pot last weekend, haven't used it in ages...so wanted to try out some new things. I had a silicon alphabet mould I hadn't used yet - so I made some letters with various UTEE's and put glitter and gilding flakes and stuff in the mould, and I made a little mini canvas with some of the letters. The background being Dylusions, a bit of detail sparkle medium and black in round the edge. I made some other stuff too but they might show up on future projects ;) 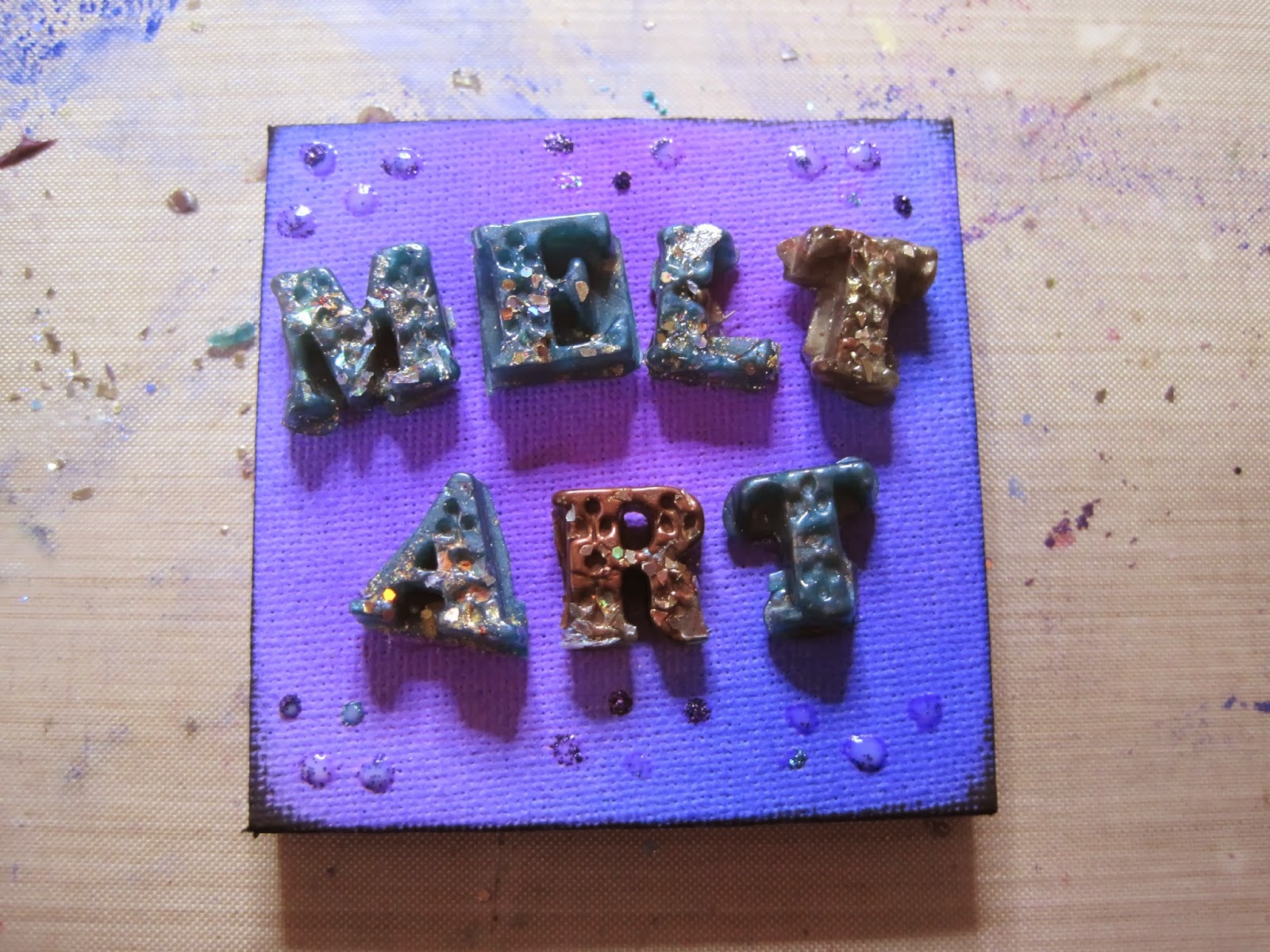 In other news....here is a card I made! Simply it's sparkle medium through a stencil on to black glossy card, and a Craftwork cards greeting. 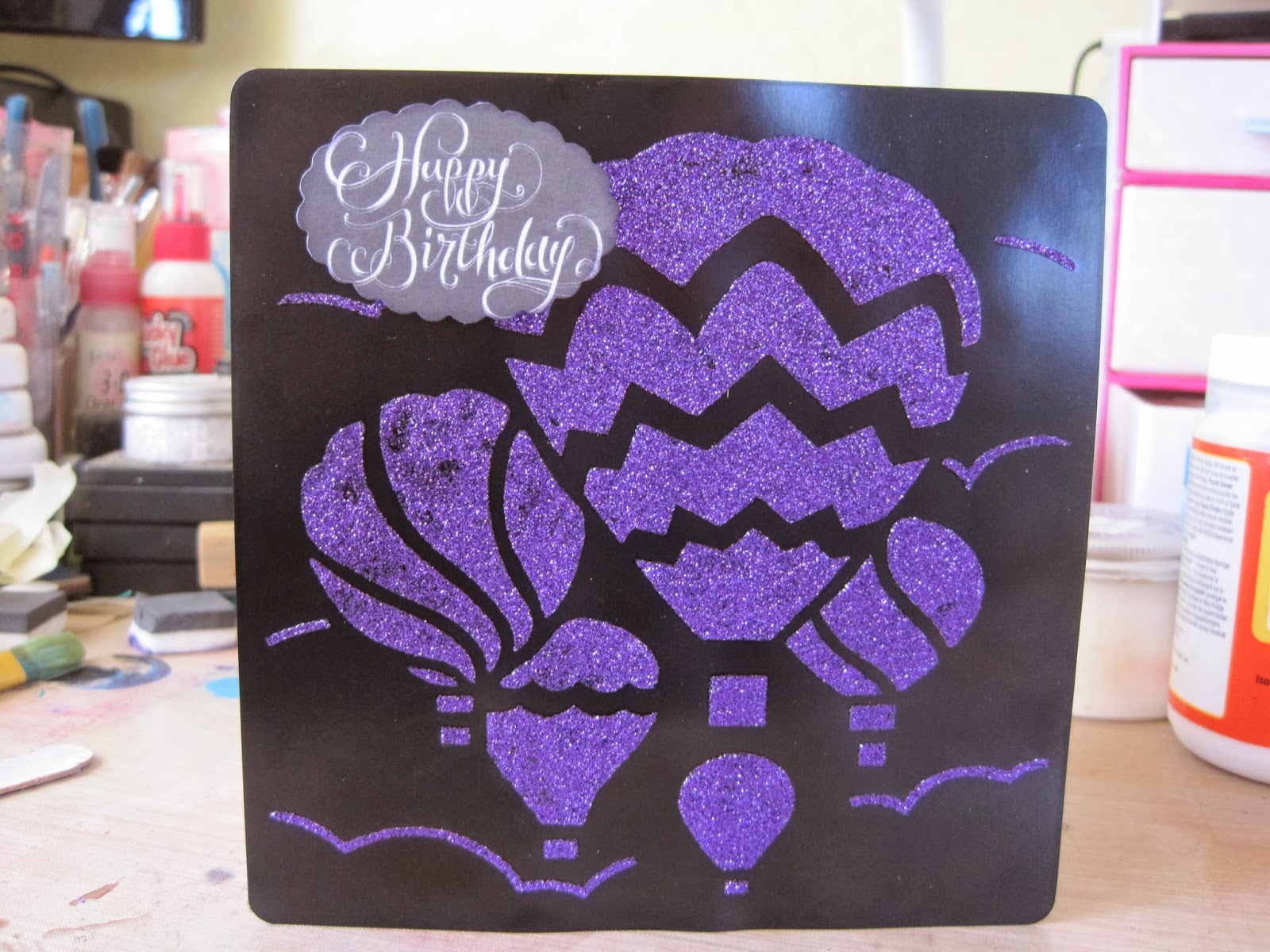 Just realised there was no stamping involved on either of these either....
Posted by Vicky at 16:37